You are here: Home / ABOUT US / JESSICA LENZ’S PROFILE 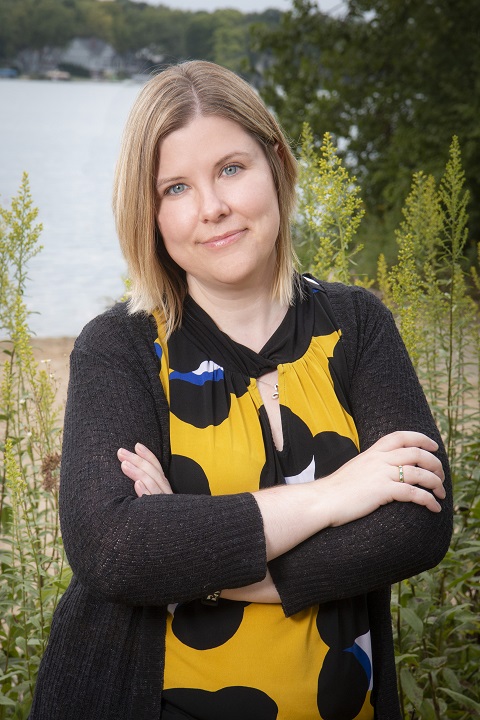 Jessica is the newest employee at LandTech Surveying, LLC.  She recently joined the team in February of 2021.

In June of 2001, she graduated Alpha Beta Kappa from Herzing College with an Associate of Science in CAD Drafting (ACAD).  She has a strong passion for architecture and a love of drafting.  She started working in the drafting world when she was a junior in high school and quickly found her calling.  When she and her husband decided to start a family, she took a break from drafting.  During that time, she took various jobs in the administrative world.  In doing so, she learned that she also enjoyed that as well but not nearly as much as drafting.  She is accustomed to working in architectural and engineering firms.  LandTech is the first time she has worked in a surveying office, and she enjoys it very much and could not be happier!

When she first arrived at LandTech, her main job was helping drafting the surveys.  She has been slowly taking on more of the administrative duties and moving forward, she will split her time between these two roles.  According to Jessica, it is the best of both worlds for her!

In her free time, she enjoys spending time with her husband, two children, two dogs and their cat.  (Yes, that is her circus and those are her monkeys!)  Unlike everyone else at LandTech, she is not a hunter, and she is not a huge fan of the great outdoors.  (She loves being outside, but her pale Irish skin and the sun are not such a good combination!)  Her creative side enjoys doing anything crafty.  Knitting, crocheting, quilting, cross stitching, painting, etc. – you name it, she has crafted it!  Her giving side likes to volunteer at her church on various projects. And her mom side enjoys the quiet time when she can curl up with a good book and escape the “circus life” for a little while.